I think this is a very good read on the ethical challenges we have reg potential harm that the technologies we develop might have. 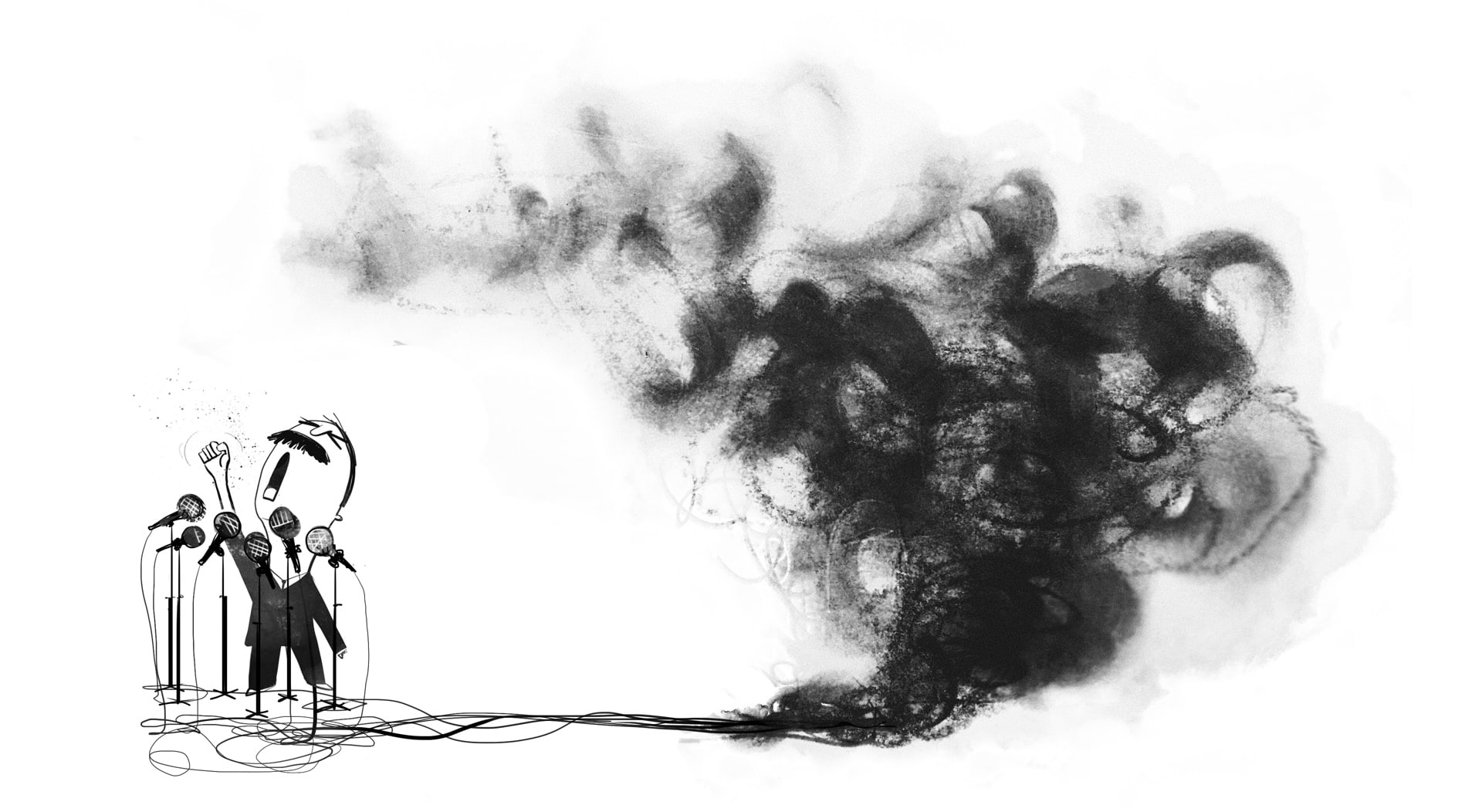 Canary in a Coal Mine: How Tech Provides Platforms for Hate

Like a mine can fill up with toxic gasses, technology can become a toxic platform for hate. As the people building the web, we have an ethical responsibility for how these products are used—whether…

This is one of the reasons why I am passionately pushing home Solid Pod Servers rather than company based servers.

If Pods are completely decentralized then it does mean that I can write what I like and share my views publicly (however disagreeable those views area). The difference is, despite me making my views public, they will be relatively hard to find. People will either need to know my name, or else to specifically search for my views and for my Pod to be specifically high enough in the search engine to be easily found.

Contrast that with Facebook, where I could place an add that could be seen by millions, and which could be forwarded to millions more before being deleted.

Extremists have always been able to freely distribute their obnoxious views by telephone, by mouth, by letter, etc. and extremists will also distribute the same views via their Pods. Unlike Facebook, distribution via Pods does not necessarily mean mass distribution that can be easily found by others.

The problem is not Solid Pods, but the Aps that may be developed.

I wonder about ACL groups being shared by subscription and the potential for prejudice based on all kinds of things, not just ancestry, gender, or religion but also political beliefs, socioeconomic class, health, you name it.

Arne, thank you for the link.

I live in NZ. For some reason I have lately been reading articles about how the internet should not be censored and started becoming disheartened. This article is a breath of fresh air and common sense.

I don’t have a problem with this. In NZ I am unable to access 4chan or 8ch (using the DNS system). That is a good thing.

The conversation is about conduct on the internet that is acceptable and conduct that is not acceptable. Internet communities have been having those conversations for some time. Solid itself has a code of conduct which sets out a range of conduct expectations and notes some conduct as unacceptable. I don’t think this is what is meant by the word ‘censorship’. If an internet community agrees that certain behaviour is unacceptable, then that is fine. This sometimes leads to ‘moderation’ of content and this is also fine.

It seems to me there needs to be a conversation around an internet-wide code of conduct. Such a code of conduct should not be difficult. It would set out:
(i) expectations of good conduct
(ii) definitions of unacceptable conduct
(iii) consequences

Expectations would not be modeled on a single country’s domestic laws or constitution but on something that is internationally agreed such as the UN Declaration of Human Rights.

From a recent speech of the UN High Commissioner of Human Rights:

The role of digital and social media in whipping up hate speech means that both governments and companies need to take careful and principled action to protect fundamental rights online. Universally agreed human rights provide essential guidance on problems that transcend borders and cultures, particularly for situations, where overbroad approaches could undermine free expression, while failure to act endangers other rights

https://www.ohchr.org/EN/HRBodies/HRC/Pages/NewsDetail.aspx?NewsID=24342&LangID=E
.
There is a bit of a vacuum on the question of who should take the leadership here. Which is the appropriate body?

Such a code of conduct should not be difficult.

The code of conduct would be pretty easy I think, but how the code would be policed is far more difficult.

Which is the appropriate body?

I firmly believe that the Earth is so small these days that all people should be treated as equals, and that they should be able to work together in the way in which the UN is ‘supposed’ to work (but which usually doesn’t work because various countries have a veto).

People in the UK at the present time cannot even agree to work together with other Western countries in Europe. They don’t mind working with others as long as they make all the rules and can make all the decisions, but (like many other countries) they hate having to obey rules and decisions in which any other country has played a part. Add to the mix the countries of North and South America, Australasia and Africa, and they would hate it even more!

Sadly, I can’t see governments, companies , organizations or individuals will be persuaded to subject themselves to rules imposed by ‘others’ any time soon.

Sadly, I can’t see governments, companies , organizations or individuals will be persuaded to subject themselves to rules imposed by ‘others’ any time soon.

It is already happening. I just finished reading a United Nations paper on the Commission of the EU proposals to regulate online content including issuing removal orders to hosting providers:
https://spcommreports.ohchr.org/TMResultsBase/DownLoadPublicCommunicationFile?gId=24234

The paper expresses concerns about potential infringement on legitimate human rights as well as some concern about making hosting and platform providers de facto regulatory bodies.

I suspect there is a range of possible means of promoting / enforcing standards for content. At the soft end, some come to mind:
(i) stakeholders collaborate and agree on standards - rather like the w3c model
(ii) a consumer-oriented standards system - in NZ we have a Heart Foundation and food manufacturers whose food products comply with the Foundation’s standards are able to display the Foundation’s logo; similarly appliances and cars are energy rated and display from 1 to five stars to indicate their efficiency; perhaps websites could be rated with those at the dark end being named and shamed
(iii) transparency - currently websites should display privacy policies; should they also display their policies and actions taken by them to meet certain content standards
(iv) comply or explain why not - this approach is used in the corporate world whereby corporate governance standards are set out but companies are not required to comply, however if they do not, they are required to say why not

Unfortunately the soft approaches will not stop 8chan from being used to radicalise white supremecists.

One of the difficulties in ‘policing’ anything is ‘perception’, and each one of us will perceive things differently.

There are many governments around the world who started off as ‘rebels’ engaged in illegal activities against previous ‘legitimate’ governments. Being from the UK, the USA springs to mind (with our great negotiating skills, I bet you are glad you are not still a colony).

History tells us that such definitions are not always so easy to determine.

Interesting discussion and thanks for your thoughts. Had to smile at the thought of Boris Johnson walking into the European parliament with a semi-automatic. But seriously - separatist movements should not infringe human rights when promoting their cause. I think we need to differentiate terrorism from separatism. At least Brexit is civil. Catalonia is wanting to separate from Spain. I don’t think it is advocating the sort of terrorism we are trying to address, which is hate speech and actions which infringe human rights. Instead the issues for it include its identity in a historical context and self-determination. Neither should Scotland or Ireland. Although violence occurred in the past troubles does not mean it is OK if that happens again.

Bit of a tangent to the central question of rights of freedom of speech and our involvement in the online world.

The disagreements in perceptions and opinions are ubiquitous between any two parties, (individuals, groups or countries), sometimes even upon literal consensus.
In one party’s point of view, the moderate disagreements may be deemed as “diverse” or “cultural”, while the radical ones are deemed as “rebellious”, “unethical” or “illegal”.

What eventually comes out is that the Parties with similar perceptions would approach and form their communities, if the cost of migration is acceptable. Each community has it’s encourages and discourages, incentives and forbiddens. Play my game or leave.

The meaning of technologies is to reduce the migration costs. This is not only for immigrants or refugees in the sense of politics, but also for every moment we dedicated. A technical example:
My will is to approach more to Solid community, but I need 8hrs/day (24% of my life, include 1hr/d on commute) to work to raise the family. So the cost of migrating 24% of me to Solid is my income. Unfortunately, I can’t afford that much, so instead I put 2% of me (30min daily) on it. Therefore, 2% of me belongs to Solid community.
With technology’s help, my cost in work is reduced to 22% since the car accelerates my daily trips. My cost in dedicating my idea to Solid is reduced by 75% since the Internet and the forum helps me get paper-free and press-free…

I’m actually drafting a project upon Solid and Semantic, it has a more accurate description of the above thoughts.